Economists and regular people alike have been not so impatiently waiting for this week’s economic news. One month ago the economy was being boasted as the strongest it has ever been in history. Yet only one month later signals are building that the economy is anything but that. Some of these numbers are on a level that has not been seen in this country for nearly 100 years with the last time being during the original Great Depression.

So what exactly are these new signals and how do they reveal the state of the economy in the United States. There is a growing viewpoint that just using stock prices is an inappropriate way to measure the condition of the economy as a whole. Here are the indicators that economists have been most interested in this week.

Each and every week for the past four weeks in a row we have seen in excess of 5 million new jobless claims. These are just the initial claims too. That means that in total 22 million people filed for unemployment for their first time in the month of March. This is astonishing and will have demoralizing effects on the economy long term.

One of the lesser-known ways that economists like to measure the health of an economy is to look at how many houses are being built and how many are being purchased. Right now there has been a extreme decline in the number of new homes being built. This is often a indicator that a recession is just around the corner.

The coefficient index is a measurement of the economy that is put together by a team of economists that are known as The Conference Board. This signal is made to measure current economic conditions in the country by analyzing multiple facets of the economy and distilling the data into one easy to understand quantity. This has also been showing consistent negative growth at a sharp rate.

<h2>What Does This Indicate for the Future?</h2>

Most economists will tell you that it is not worth the time to try and predict the future. If anything the past few weeks should tell you that things can change dramatically rapidly. For now, the best thing you can do is focus on the present moment but the more numbers that are coming in the more that it looks like we are stepping into into a serious recession.

See more information at <a href=”https://www.bloomberg.com/graphics/us-economic-recession-tracker/”>Bloomberg</a> 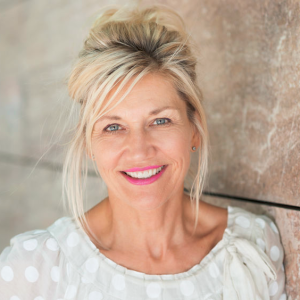 Big Rewards from VoIP Phones For Your Business

The Head of the IMF discusses the coming depression